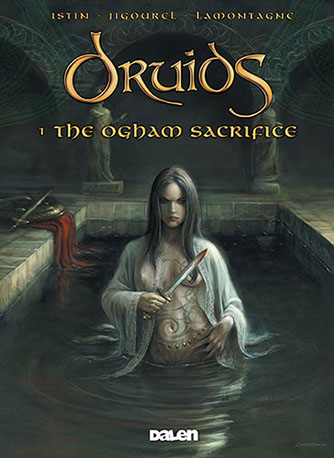 There is turmoil in the 5th century Celtic periphery of Europe;  an age of change and an age of conflict between peoples and religions. Oppressed by Saxons to the east, many of the Celts of Britain have colonised Armorica in Gaul, bringing with them the spiritual leaders of their Celtic Church, the monks. The new faith heralds the demise of the old pagan way of life, but the ancient traditions still hold on. Gwynlan, the last of the Druids, is caught in a mysterious battle for survival against the monks of the church, monastic foes who place dangerous and menacing obstacles in their path. Accusations of murder, sacrifice and sorcery are rife, but the old gods are at hand to assist the righteous.